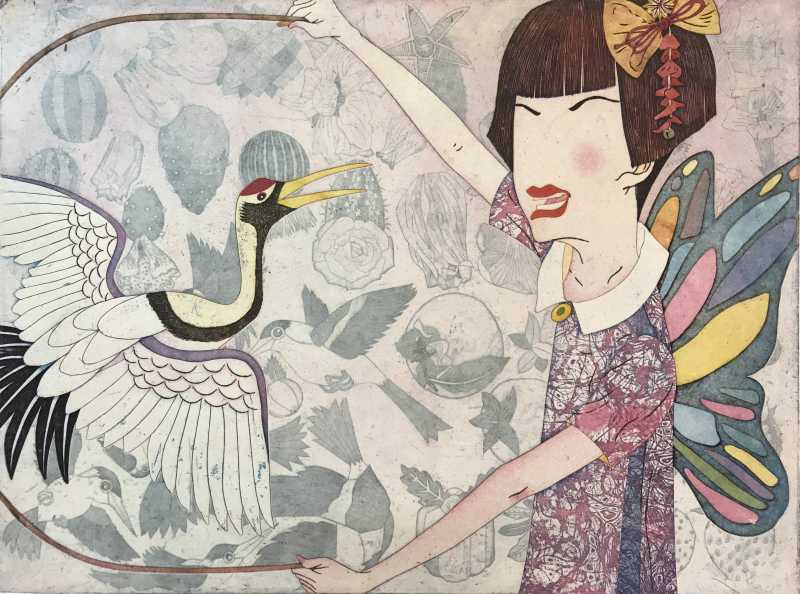 Intaglio (printed on Kozo Paper and mounted on BFK Rives)