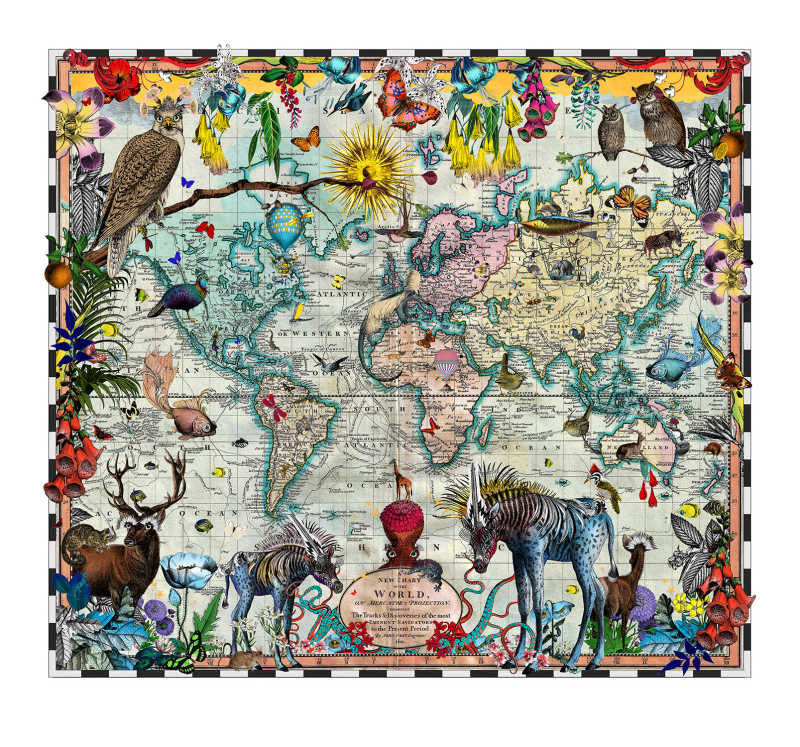 Born in Reykjavik in 1974, Kristjana spent much of her childhood looking out over Iceland’s spartan landscape of black sand and frozen seas, dreaming of new worlds filled with abundant animal and plant life.

This wanderlust fostered a love of maps and botanical engravings which, after completing her degree in graphic design and illustration at Central St Martins in London, became the foundation of Kristjana’s work. William's intricately detailed and hugely colourful works often take inspiration from nature, creating dazzling layers of plants and birds, butterflies and exotic flowers. Each of her prints creates a unique and half-imagined world which the viewer can inhabit, taking in the flamboyant characters, historical references, sense of magic and, always, a touch of the unexpected. Described by the New York Times as part of the ‘new antiquarian movement’ her fine art pieces, prints, fashion and furniture see vintage illustrations of exotic animals and insects layered over lavish foliage and antique maps to reimagine fantastical new creatures and what she calls 'wishful forests'.

These whimsical two- and three-dimensional tableaus have won Kristjan many international awards including The Pent awards, D&D in book, Clio Award and first prize in the New York Festivals Grand Prix.

Her aesthetic which is at once both mythical and modern has led to collaborate with Victoria and Albert Museum; Kristjan has worked with V&A since 2012, creating a number of limited editions for their gift shop. Kristjan also has collaborations with heritage brands such as Harrods, Fortnum and Mason, Penhaligon’s perfumeries, Chanel, The Connaught Hotel, The Brown’s Hotel, The Shard London and iconic contemporary firms such as Paul Smith, Christian Louboutin.

V&A Chart Map of the World